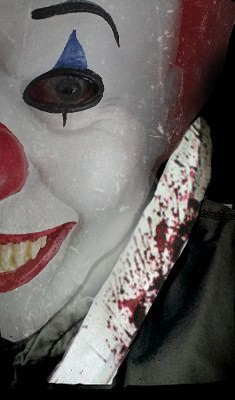 The church doors opened and a red mist fell, nobody could hide their tears as blood began to flow, swallowing your God’s sacred ground.

The preacher man kneeled before me to pray, before I lifted his soul and his body burned. The congregation stood up and began to flee as the carousel song played and they held on to all the hope and faith they had left, thoughts of what could have been.

Then my guns rang out, bullets to their hearts, no where to run, nowhere to go. I was smiling forever as I watched them unable to breathe.

It was the early 1980s when Zoe and Neil met. Zoe was just seventeen and training to be a hairdresser, not that she was any good at it. Neil was nearly nineteen and not doing much with his life. It was love at first sight, they dated for a year and then they were engaged.

By this time Neil was working as a bricklayer, self-taught but doing well and Zoe was pregnant. The young couple were very happy with the news and began to plan for the newborn and wedding to follow. Seven months passed and all seemed well, they left the sex of the baby as a surprise and picked a couple of boys and girls names.

Then Zoe became sick so they rushed to the hospital and were quickly told that they may lose the baby. They both wept and pleaded with the doctors to help. The doctor suggested a cesarean section but there were still risks “I don’t care” pleaded Zoe “just do it”.  Neil stood quiet but shaking as they wheeled Zoe away.

Two hours later the doctor came to see Neil “Sir I’m sorry to tell you but your wife died due to complications”.
Neil screamed and fell to his knees “No No No” he sobbed.
The doctor touched him on the shoulder and said “sir the babies survived”.
“Babies?” Neil said with a confused look.
“Yes” replied the doctor “twin girls”.
“But the scans only showed one” bumbled Neil.
“We believe one was in front of the other so only one could be seen” explained the doctor.

Neil slowly got to his feet and asked to see the girls, both were small but beautiful. He stood over them and pointing to the girl on the left he said “you will be called Zoe after your mother” then looking to the second baby “and you, Zara as your mother chose”. Neil then went to see his wife laid lifeless and once again began to weep “how will I cope without you my love?” He cried and sat for an hour before being told he had to leave. Two days later Neil took his daughters home and settled them in. slowly showing them photos of their mother every day putting on a brave face. 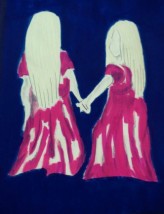 Beneath the surface Neil was crumbling, depression was starting to take hold. The girls wouldn’t stop crying, a constant battle and he began to blame them for the death of his wife. When the girls were nearly four Neil finally broke, grabbing Zoe and Zara shaking them violently he screamed “it’s your fault. You killed your mother!” The girls cried louder and louder, Neil threw them to the ground, lit a cigarette and began to burn each of them “now you can feel pain like I do” he grimaced. The girls screamed as their skin bubbled and bled a little. Each week Neil would take the girls into the bathroom and burn them slowly. After about two years the girls began to fight back “daddy you can’t hurt us any more” they whispered at him, which threw him into a rage “you fucking think so hey?” He then ran boiling hot water into the bath and made them stand in it, the girls once more began to wail in pain “stop your fucking crying” he shouted. He continued this for about a year, the girls didn’t go to school so no one noticed the scars on their bodies and their painful red feet.

Neil by now had become psychotic and grabbed the girls “I’m sick of the whining and tears you little bitches!” They stood in fear as he cut the skin from their backs – about three inches in length and one inch wide. “Daddy what are you doing? what did we do?” screamed the girls. “Shut it” Neil replied. After he’d cut the two pieces of skin from their backs he grabbed Zara and sewed the flaps of skin to her eyelids then grabbed Zoe and sewed the other end to hers “now you can share each others tears” laughing menacingly. The girls had to go everywhere with each other now they were sewn together and the pain was unbearable at times, but they had no more abuse from their father. Every night the girls cried but the tears stung as they filled the tunnel of skin connecting their faces. On the girls’ ninth birthday Neil locked them in the bathroom, went downstairs and began to drink heavily. “Nine years today those little bitches took you from me” he slurred at a photo of his wife Zoe, more and more he drank until he finally stumbled upstairs to bed.

The girls heard him and shouted “can we come out now daddy?” “No shut the fuck up” he mumbled. At around 2am Neil was woken by singing “what the?” he said trying to see, covering his eyes from the light that shone in through the door. The girls had managed to get out of the 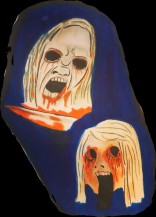 bathroom and stood and the end of his bed. “You can’t hurt us any more you are weak you are a bore” they sang still facing each other. “Get out or else” he shouted. The girls slowly turned to face him, ripping the skin from their eyes, blood began to run down their cheeks and a booming voice came from their lungs “NOOOO! ” Neil shot back and sat up straight, the girls had black holes where their eyes used to be. Neil, shaking said  “no-no, I’m sorry. Forgive me.” “You’re going to die tonight we’re going to take your life” the girls sang and climbed onto the foot of the bed. Neil tried to scramble backwards getting nowhere. They grabbed him, pulled him down and sat on top of his chest. Neil froze as one of the girls, Zara, revealed a knife which she had stolen from the kitchen and began to carve at his skin. Zoe began to laugh hysterically, lunging forward biting at his face, the girls seemed possessed. Through the night they carried on cutting and biting until he laid dead in blood soaked sheets and light started to peep through the curtains as day broke. Slowly Zoe and Zara climbed down from the bed looked at each other and said “we’re safe now let’s go home to mummy.” The sisters picked up two belts from their fathers drawers and walked back to the bathroom, standing on a chair they wrapped them round the shower rail and stood side by side holding hands. “I love you” said Zoe to Zara “I love you too” replied Zara and then they both jumped hanging until they stopped breathing and twitching.

All the bodies were found two weeks later by a neighbour, after mail and milk had been piling up. The police ruled Neil had killed himself after hanging the girls. The truth of what happened behind those doors was never discovered.

Written by David Duke of ©Horrorsquadww

Images by the awesome ©Darkarctictattoo

Feeling like the earth swallowed me whole darkness overcome me.
Taken deep into my memories to see the shadows behind me,
No light comes, no air to fill my lungs, holding on to life,
Choking, choking, can’t last much longer.
The darkness fills my being and wins the struggle we had.
My soul taken down to hell and there’s no coming back. 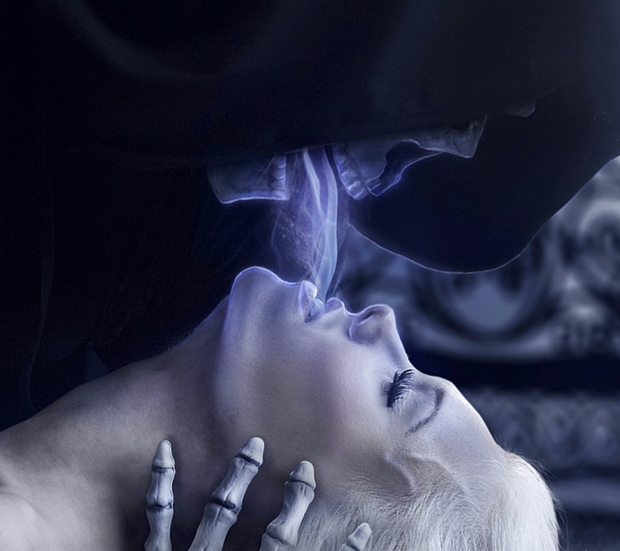 Howls in the night rattled against the windows and the cold evening wind made the curtains dance.

Dark figures play in the shadows creepily, not just by chance, I prayed to God for some ease of my pain and no answer have I got.

But could the devil have heard me instead? Asking for my blood on his hands, I sit and watch the shadows, in fear for my life.

Sitting shaking in my hands a shimmering knife, so cold, so tired, hard to stay awake reciting to myself: “my lord my soul to take”.

I’m standing here in your reflection to see oh
Baby look at me before you fall, you know that death is the answer, so go on cut your skin, hold my hand and come to the world that I’m living in. 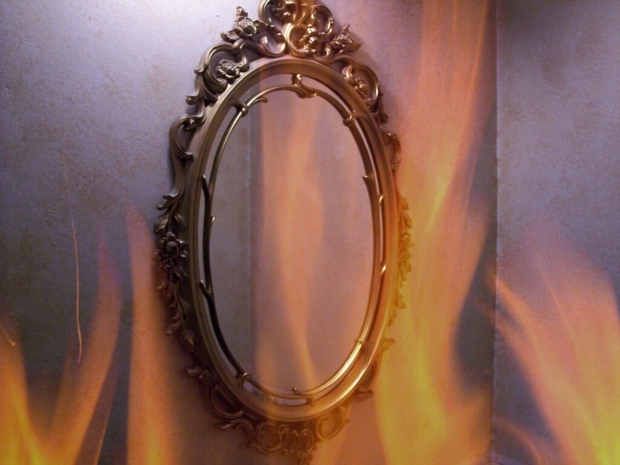 Your lungs full of blood, you can hardly breathe
I fed you your mommas heart, which made you cough and heave
Now my body’s starving babe, your flesh is on my mind
When I begin to cut your body I’m gunna take my time.

Your emptiness is real, running from what you can’t see – nowhere left to hide,
Look into my face and empty eyes – your untold heart i’m trying to find.

Feel my tender touch as I caress your still beating heart,
You lay open chested in the dark – your life in my hands, your body and soul part.

Scream out loud, scream in your head, keep running through the dark like the voices said,
Rid your body of those sins before you’re dead.